As someone who gives advice on travelling I think that it’s very important that I have a comprehensive, well thought and realistic eco policy.  I just don’t know what it is yet.

It seems like the more I read the more confused I get - then I talk to someone else and I get even more confused.  It seems that the whole eco debate is not black and white, but many, many shades of grey (or green I suppose?)

Take for example the supposed wisdom that we should shop close to home (preferably buying organic vegetables straight out of the ground, if we can’t grow our own.)  So I was talking to a friend of a friend who works with African charities and I said to her “I feel bad buying lettuce from Ethiopia - isn’t that taking their food or water?”

Her reply?  “No, it’s absolutely essential that you buy their produce as it supports their local economy.”

“But what about the carbon emissions from flying food to us here?”

“Well, think about it, if you grow salad in the UK, or in Europe, it’s probably grown in a greenhouse which has to be heated - so it’s probably even less eco friendly.”

So now, well I feel a lot happier about buying food from poorer countries, but I’m still not entirely sure that I’m doing the right thing.  And there are similar debates about recycling and even cycling.  I read a book this year written by a guy who was developing his own eco-lodge in India and his take on ecology really hurt my brain.  He even said that people who cycle, but eat energy bars that may have ingredients from all over the world may actually be less eco-friendly than people driving cars - help!

Of course the same guy after slating 4 x 4s also then went on to justify extensively why he needed one to keep his children safe (isn’t that just the same argument as everyone else?)  And of course this guy after proclaiming that air travel was extremely evil went on to talk about his eco holiday resort.  (How does he think his guests are going to get to India?)  So yes I did keep throwing down his book in disgust.

So far my thinking is this:

I love when airlines make it really easy to press a button at the bottom of a screen that lets me make my trip carbon neutral.

I think there are some carbon neutral schemes that are brilliant - for example the ones that create wells to save people from having to drive (or walk) long distances to get water - I mean that’s a great thing even without the carbon angle.  So I might just start giving all my carbon neutral money to them, so I know that something good is coming out of it.

I understand that the biggest problem to affect global warming is not travel but the destruction of the rainforests - so maybe that should be our biggest priority?

I think that if tourism can save the rainforests, by helping people who live there to make a more profitable living from an intact forest than a palm oil plantation, then tourism could end up saving the world.

I think that responsible safari tourism - for people wanting to see tigers, leopards, polar bears, whales and dolphins can help protect those populations.

I think that people who live in fear; of starvation, violence, etc. probably don’t care that much about looking after the planet, they are just trying to look after their families.  So the more people we can help to make a decent, safe living, the more people are able to become interested in wider, long term issues, like protecting their environment, for their own community and for everyone’s benefit.

So that’s my thinking so far - and hopefully once I’ve done some more research I can make this into that great eco policy I was talking about, hopefully with some nice way of you clicking onto a link that will help protect the world.  But, if you have any suggestions or any easier ways for me to understand this stuff, then please, please let me know!

So far I’ve done a few little things to get the ball rolling:

Used Easyjet’s carbon neutral button for our flights to Barcelona.

Stayed at Yangshuo Mountain Retreat which is a model for sustainable tourism in China.  And bought a water bottle from them so that I can cut down on the plastic water bottles that I use.

(N.B. On closer inspection I have stopped supporting the WWF and instead support animal sanctuaries on a case by case basis.  I've read some shocking news about the way they treat indigenous tribes and have personally spoken to guides in the rainforest who have dismissed many of the claims they make.)  Adopted a jaguar in South America through WWF and Sky Rainforest Rescue which means that Sky match the donation pound for pound.  Protecting an area of rainforest allowing the jaguars’ survival.

Also adopted an orang-utan with WWF to help protect their habitat in the rainforest in Asia.

And... I let them keep the cuddly toys so that the donation can go that little bit further!

Got rid of my old car and bought myself a proper bike!

Bought a solar lamp from Good Gifts, reducing carbon emissions and saving lives and money.  Bought a bamboo bike for a midwife, health worker or teacher in Africa.  Bought 25 square metres of forest, saving more carbon.  (I also couldn’t resist buying warm clothes for a street child in India, rice for hungry kids and two advent calendars - not sure about the emissions but I think it’s all good.) 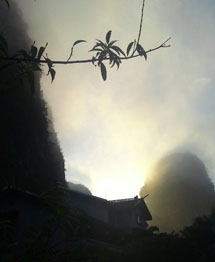 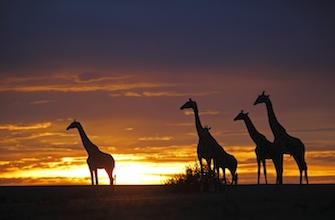 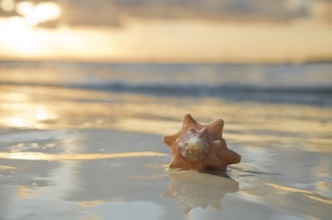 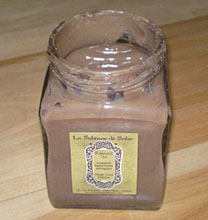